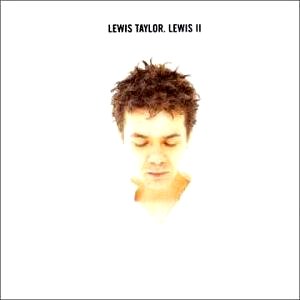 BRITISH SOUL stars are invariably compared to some American counterpart. Mark Morrison is derided as an R Kelly imitator and Seal as a composite of ...

THINGS COULD be a lot worse, of course. Lewis Taylor could turn out to be the new George Michael. Either that or his renaissance soul-man ...

OH DEAR. Mick Talbot's here. Perhaps as an innocent punter, perhaps as an Emissary from Pope Paul Weller. My only fleeting concern with "white soul ...

This previously unpublished interview was conducted in the summer of 1996 — around the release of Lewis Taylor's self-titled debut album — for a short, ...

"I'M FASCINATED WITH THE IDEA OF ART born of a disintegrated mind," says Lewis Taylor, all coal-black curls and kohl-kissed eyes, crouched in the semi-darkness ...

IF ADORATION always equalled wealth, Lewis Taylor would be living in a Regent's Park penthouse rather than a first- floor flat in the North London ...

SHORTLY AFTER HIS brilliant debut, Taylor declared his next album would be an even more ambitious blend of soul and West Coast pop, proper ...

IF LOS ANGELES is the perfect place to fall in love with an album-as-road-soundtrack – as aural companion to the zen ebb and flow of ...