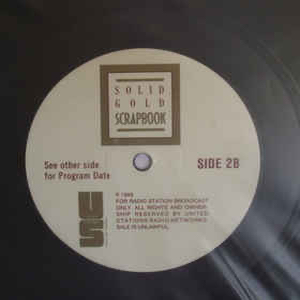 Jerry Leiber and Mike Stoller, the greatest rock 'n' roll songwriting team of all time, have their songs celebrated in the musical Smokey Joe's Cafe ...

Retrospective by Bill Millar, Let It Rock, May 1974

JERRY LEIBER AND MIKE STOLLER. They rank alongside Berry as rock ‘n’ roll’s wittiest composers and their influence as record producers has been immeasurable. ...

THE SWITCH from blues to rock ‘n’ roll was gradual and, as far as Leiber and Stoller were concerned, never total. ...

THE SCENE IS the Dorchester Hotel, one of the last vestiges of Britain's Imperial splendour and we've just been refused admission to the restaurant for ...

ELVIS PRESLEY was the King of Rock'n'Roll – anyone who might care to dispute that should try reading another book, for without Presley, neither we, ...

Leiber and Stoller: A Yakety Yak

IF THEY'D only written, say, 'Hound Dog', 'Kansas City' and 'Stand By Me', they would already deserve their place in the Songwriters Hall of Fame ...

WHEN JERRY Leiber and Mike Stoller submitted the sickly ballad 'Love Me' to Elvis Presley in the late summer of 1956, they thought the boy ...

'Oh yes,' said Stanley, a builder - though not a man known ever to have displayed his bum cleavage beyond the privacy of his own ...

The names Jerry Leiber and Mike Stoller are inseparable from the stories of rhythm’n’blues and rock’n’roll. They were two Jewish teenagers who felt black and ...

THE LEGENDARY songwriting team of Jerry Leiber and Mike Stoller will be honored in person at the 2007 Gala Benefit Concert of the Lauri Strauss ...

LEGENDARY SONGWRITERS Jerry Leiber and Mike Stoller were in the delivery room for the birth of rock and roll, yet as Stoller said the day ...

Cristina's 'Is That All There Is?'