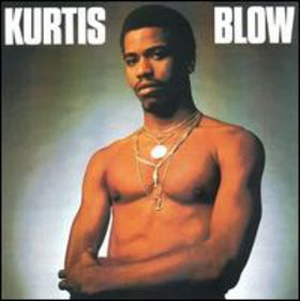 The pioneering DJ talks about inspirations like Pete DJ Jones; about being a B-Boy; attending Kool Herc parties; starting out as an MC and the rise of rap... until he gets into a shouting match with Afrika Islam. Beef!

MY STORY — BY KURTIS BLOWAs rapped to Richard Grabel ...

ASK KURTIS BLOW about 'Another One Bites the Dust' and his reply is quick and to the point. "That's my 'Christmas Rappin''." ...

Kurtis Blow Raps His Way To The Top

The sound of the streets hits the heartland. ...

Twas the night before Christmas and allthrough the house...Hold it, hold it. That’s PLAYED OUT.Don’t give me all that jiveAbout things you wrote before I ...

WHEN RAP WAS first struggling out of the youth-center playgrounds and into big-time notoriety, Kurtis Blow was there. ...

RUSH PRODUCTIONS, an organization with the best intentions, conceived this event to be a celebration of the success of the film Krush Groove and of the consolidation ...

At the ripe old age of 25, KURTIS BLOW is the Godfather of Rap. Here, he takes Frank Owen through his personal step-by-step guide to ...

At the ripe old age of 25, KURTIS BLOW is the Godfather of Rap. Here, he takes Frank Owen through his personal step-by-step guide to the art of rappinghood ...

Kurtis Blow: The Super-Ego Rules, From The Bronx To Kingdom Blow

In short, Kurtis Blow thinks an awful lot of himself. An awful lot. His new LP is called Kingdom Blow. The line-up on it includes ...