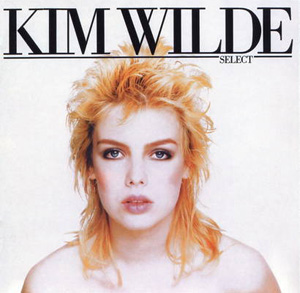 WHEN MARTY Wilde shot to fame in 1959 (look it up in a history book), the only questions anybody ever asked pop singers were about ...

FLEXING her feet in a pair of black Dr Martens, Kim Wilde sits in an orderly, wholesome manner at one end of a carefully battered, ...

KIM WILDE the English singer of the massive European hit single 'Kids in America', had been in America two days. "You've got it terribly easy ...

Kim Wilde: A Face In The Crowde

DO YOU believe that children of celebrities have it made? British pop singer Kim Wilde doesn't think so. "Daughters of famous fathers don't have an ...

And this, Kim Wilde explains, "can be a bit lethal". When it comes to choosing a new image, she'll try anything. Some look great; with others "I think ...

Wide-eyed and reckless, Kim Wilde has discovered sex. At least, she writhes a bit on the vid of the new single. Paul Mathur talks dirty ...

YOU CAN LOOK back as fondly on the '80s as you like, but the truth is the music back then was as hit-and-miss as it ...

"I always figured that the music world and my voice were connected and that was my destiny," says Kim Wilde. And she wasn't wrong. Now ...