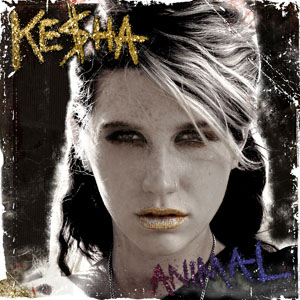 Ke$ha is young and lives fast, but she is serious about one thing — her songs

THE UK POP SCENE is about to be invaded by wild child Ke$ha and her debut single 'Tik Tok'. The 22-year-old LA-born, Nashville-raised daughter of ...

KE$HA'S MAIN competitor rocks a mean meat dress, but can she rock a couplet like "Your little heart goes pitter-patter/I want your liver on a ...

IT'S EASY TO dismiss Ke$ha as a Primark take on Lady Gaga, but such an appraisal disregards the fact that 23-year-old Kesha Sebert this year ...

Ke$ha: Dancing Up a Storm but Dying to Rock

LOS ANGELES – At the Third Encore rehearsal studio in North Hollywood, there's a wall decorated with photographs of clients who've prepared there for tours, ...

AS YOU will grasp from her Twitter handle — @keshasuxx — Kesha Sebert likes to think of herself as mad, bad and dangerous.  ...

Sexism on repeat: how the music industry can break the cycle

From Kesha's case against Dr Luke to Miles Kane's objectification of a female journalist, the industry has to admit there's a problem before sexism is ...

There are few secrets in California popstar Kesha's private life. Her battle with anorexia made headlines, whilst her lawsuit against producer and alleged abuser Dr. ...

How Auto-Tune Revolutionized the Sound of Popular Music

An in-depth history of the most important pop innovation of the last 20 years, from Cher's 'Believe' to Kanye West to Migos ...