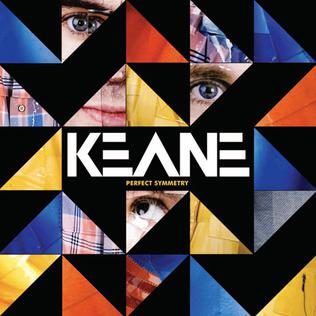 WHEN BBC NEWS Online ran their "Sound Of 2004" survey of music biz insiders at the turn of the year, the winners – one place ...

In a bid to shake off their clean-cut image, Keane have been exploring murkier territory — and hanging around with Bret Easton Ellis and Irvine ...

On Music: Keane – A Successful Turnaround

Keane are no longer soundtrack material for middle-class tantrums. They now have the sound of a band turning their frowns upside down ...

KEANE'S THIRD album arrives two years after its predecessor Under the Iron Sea, and in the wake of baby-faced vocalist Tom Chaplin's battle with drugs ...

KEANE HAVE SPENT much of their decade-long career as critical whipping boys, derided for their public school poshness and sweet, soppy, wholesome power ballads. Even ...

Keane are cool at last: touring Brazil with the boys

Report and Interview by Sophie Heawood, The Times, 27 March 2009

ONCE OUR GUILTIEST PLEASURE, Keane are now openly admired by their peers. Our correspondent went on tour with them. ...

Tim Rice-Oxley: The chart-topping songwriter from somewhere only he knows

Profile and Interview by Nick Hasted, The Independent, 7 May 2010

In his first solo interview, the man behind Keane, the band once written off as "Coldplay-lite", tells Nick Hasted about being a small-town boy, his ...

A RAINY NIGHT in Zurich. These streets may be paved with Nazi gold, but tonight they are also alive with the sound of music. On ...

As Keane bow out in Berlin, I pray it's not for good

Unbearable as it is to contemplate, the release of a greatest hits album by the band from Battle could mark their split. ...