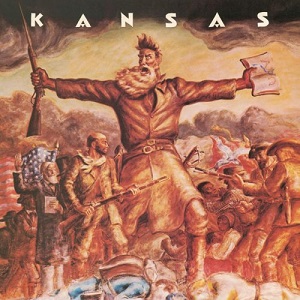 KANSAS ARE THE latest group to hoist the Dixie flag, though thankfully they don't seem anxious to broadcast the fact that "the South is gonna ...

KANSAS CITY — The way Kansas see it, their main problem these days is that of their image. Which has to do with their having ...

(1) They're Kansas, one hot US band (2) They're pictured at a ritzy bash to celebrate the platinum status of their current long player Leftoverture. ...

The State of American Football (Is it Colorado, Nevada or Kansas?)

This is in fact a feature about a rock band by GEOFF BARTON ...

LIKE A FOREST fire, the flames of the new wave roared across the British rock scene, leaving behind a charred and blackened landscape. A few ...

TWO DAYS in Las Vegas and your grip on sanity begins to slip. You can even buy a T-shirt there emblazoned with the gem: "I've ...

A species threatened with extinction suddenly gains a new lease of life, and causes a big stir in the world of natural history... in this ...

Even Though They've Sold Over 10 Million Albums in the USA to Date... Kansas are a New Wave Band