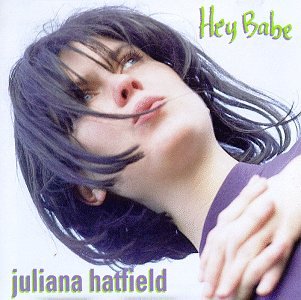 The ex-Blake Baby talks about breaking up that band; her first solo album Hey Babe; her relationship with the Lemonheads; her songwriting and confessional lyrics; her plans for her next album, and on the impact of Nirvana.

No Fun Girl Three: The Juliana Hatfield Three: Become What You Are (east west)

SHE'S KIND OF complicated, our Juliana. Like in the way most people are complicated. ...

Evan Dando and Juliana Hatfield: Is She Really Going Out With Him?

Evan Dando likes to avoid relationships. Juliana Hatfield is a self-confessed virgin. And yet, whatever their sexual orientation, Ev and Jules are indieland's second most ...