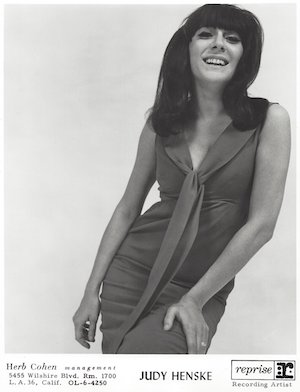 WHEN JUDY HENSKE sings the blues, the welcome mat comes out – literally. She is a great big girl, 6 feet tall, with a great ...

Only a Henske: The Judy Henske Story

ONE OF THE most eclectic early-1960s folk singers, Judy Henske started to use band backup and even drums on some of the recordings in 1963 on ...

ELEKTRA RECORDS was thought of as a folk label in the early 1960s, and Judy Henske's early albums might have been filed under the folk ...

LEGEND HAS it that when Marty Balin went looking for a singer to fill out the lineup of the Jefferson Airplane, he told people he ...

AMONG THE ODDITIES released on Frank Zappa's Straight label at the end of the '60s, none was more exotic than the one conceived by a ...