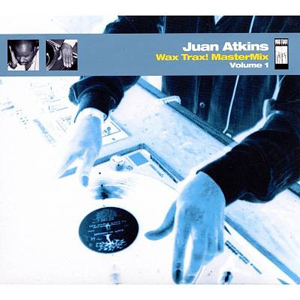 Mr Atkins talks Detroit Techno vs. Chicago House, the Motor City recording and label scene, being hugely influenced by Kraftwerk and 'Planet Rock', and looks to the future.

TECHNO – a new Detroit sound vibration – is rocking the House of the future. John McCready checks out the credentials of the Third Wave ...

AND SO, we hear you say, tell us more about the origins and development of this exciting music you call Techno. ...

Juan Atkins: Juan Is The Teacher

COULD IT be 'Magic'? Yes that was Juan Atkins, the "Magic One" and legendary Godfather Of Techno leaning against a pillar at the Drum Club ...

Juan Atkins: Juan from the Heart

Detroit's JUAN ATKINS is widely credited with having invented techno. Fourteen years later, he returns to claim his crown with the first ever Model 500 ...

Who Put The Bleep In The Boom-Chi Bleep?

PAT BLASHILL TRACES THE HISTORY OF ELECTRO, THE UNSUNG SOURCE OF RAP, TECHNO, AND TRIP-HOP ...