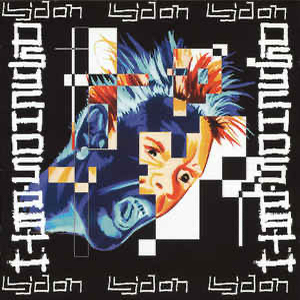 The venerable (post)punk talks about how he writes, from the Pistols days through PiL: his influences, motivation and about specific songs.

A Punk And His Music: An Evening With John Rotten

JOHNNY ROTTEN digs reggae and soul. That was one of the more interesting facets of his personality that emerged when he was interviewed by DJ ...

There's only one place to be late at night in Jamaica – tuned in to radio JBC, the man Michael Campbell, the man they call ...

CYNICS AMONG the SOUNDS readership may have been wondering why/how our Johnny Rotten underwent such a speedy transformation into this new-fangled character called Johnny Cool, ...

JOHN ROTTEN likes dressing up. Seeing him stuck away under a parasol by the side of the Olympic-sized pool of the Kingston Sheraton at eleven ...

AS JOHNNY Rotten savours his first victory in the Lydon-Glitterbest case, Public Image Ltd. prepare to record a second album with a new drummer, the ...

WHEN HE WAS LYING, HE WAS MORE INTERESTING THAN MANY MEN TELLING A STORY TRULY. ...

The Fugitive: John Lydon at Large

IT SEEMS POETICALLY APPROPRIATE that John Lydon has chosen Kubrick's A Clockwork Orange as the film to insert into the video-cassette deck at Virgin's Townhouse ...

John Lydon, a cartoon character no longer, is back with a single which looks like being a bit of a hit, and an album called ...

John Lydon: This Is What You Get

THIS IS the beginning of an interview with the John Lydon who has drunk seven cans of Red Stripe lager, after breakfasting on oysters. ...

Lydon vs McLaren: The End of the Affair

EARLY IN 1976, the Sex Pistols were a good idea trying to get started, gate-crashing other people's concerts — with instruments allegedly stolen from rich ...

IN THE BAR OF the North London rehearsal studio complex, John Lydon, wearing a typically loud shirt, a pair of unorthodox dark spectacles and the ...

THE MAN IN THE ETHNIC-TEA-COSY-STYLED headwear and the unsightly puce satin ski pants lies back on my sofa, swigs lustily from a bottle of strong ...

IT'S ONE NIGHT in June '92, long past midnight at the Brixton Academy. The Orb have finished washing the cerebral nether regions of the full-on ...

Speed: Sinus Of The Times

Hey, you! Are you trying to coat your lungs with a half-pound bag of baking soda mixed with industrial-strength heroin and dealer's dandruff? STEVEN 'Just ...

Who the Hell Does John Lydon Think He Is?

THE INTERVIEW, Q vs Lydon, should have taken place several months ago but when I turned up on his Fulham doorstep and rang his bell, ...

HOW THE devil are you?Oh, I'm all right. I'm fiiiine. I'm lovely. I'm doing a solo record. Just me. John Lydon and nobody else. ...

THIS IS Lydon's first solo album, recorded before and after the calamitous reunion of The Sex Pistols. You'd have thought his cup of derision would ...

No Future? At Least Lydon Isn't Hung Up On The Past

Report and Interview by Jim Sullivan, The Boston Globe, 22 August 1999

JOHN LYDON – once (and probably forever) known as Johnny Rotten – does not stomp around the world in a bad mood, contrary to popular ...

With The Filth & The Fury coming your way, John Lydon AKA Johnny Rotten, recalls how the Sex Pistols became the most exciting band ever ...

NOTE: When the Filth and the Fury film was released in 2000, Lydon agreed to do three press interviews, of which Melody Maker, for some ...

After 17 years as a California exile, John Lydon in 2004 occupies his time with satellite football, a new solo album and railing against his ...

Anarchy In The UK Gold

JOHN LYDON is expected to put the cat among the pigeons during his forthcoming stint on I'm A Celebrity, Get Me Out Of Here — ...

John Lydon: These are not love songs

He was a Sex Pistol. Then he was in Public Image Ltd. Now John Lydon is Britain's best-loved punk export, but as he tells Joel ...

OKAY, JUST THINKING about him, I got a powerful yen to listen to John Lydon's music and as the vinyl's all out at the country ...

An Interview with John Lydon

Profile and Interview by Jon Wilde, Mail On Sunday, January 2007

JOHN LYDON CERTAINLY knows how to make an entrance. Within ten seconds of being introduced, he's already demonstrated his full armoury of trademark gestures. ...

IN CALIFORNIA WE MEET a traveller from an antique land. On two scrawny legs – KFC issue – he stands. He has a shattered look. ...