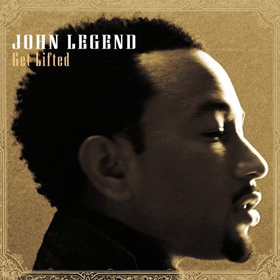 WHILE R&B and hip hop albums are notoriously hit and miss in the quality stakes, for the last six years at least, there has been ...

Profile and Interview by Nicholas Jennings, Inside Entertainment, September 2006

IT'S A MUGGY day and John Legend is trying his best to stay cool. The gifted American soul singer is in a Toronto Baptist church ...

SOPHOMORE SLUMP? What sophomore slump? On the follow-up to Get Lifted, the Grammy-winning multi-platinum debut from John Legend, the one-time session man chucks the simple ...

JAMES TAYLOR'S early-'70s status as the king of sensitive male vocalists is mere VH1 countdown fodder now. Yet in 2006, more than a few male ...

Feted by everyone from Kanye West to Paul McCartney, John Legend could easily rest on his laurels. But the cerebral singer/producer tells Angus Batey he's ...

"Don't blame hip-hop for everything that's wrong in the world," says John Legend

"A LOT OF THESE places are disappearing," says John Legend with a rueful smile. He is sitting at a grand piano in the middle of ...

John Legend: Why His Name Is Legend

Barack Obama is a fan of soul star John Legend, and Estelle was his protégée. Jude Rogers speaks to him in the UK for the ...

AS befits a singer who decided that his original surname, Stephens, didn't capture his essence, John Legend precedes his entrance with black-and-white footage of himself ...

John Legend and the Roots: Hearts, Minds and Soul

Report and Interview by Angus Batey, The Guardian, 19 October 2010

John Legend and the Roots' album of '60s and '70s protest songs is no mere history lesson – it's an open letter to a divided ...

EARLY IN THIS sickly-slick show, John Legend started to tell his life story. Talking and tinkling the ivories, supper club-style, wearing a cream blazer over ...