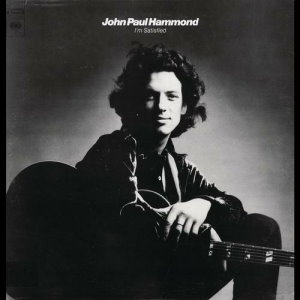 Profile and Interview by Norman Jopling, Record Mirror, 1 May 1965

"DYLAN — WELL, let's say he gave me confidence when I needed it most." The speaker was John Hammond, 22 years old blues singer from ...

Neil Young Great As A Solo ...

THE QUESTION OF whether a white man can sing the deltoid blues has long been answered by John Hammond in the only way possible: that ...

JOHN HAMMOND is sitting on a black wooden box hunched over his guitar, which is balanced on a two-by-four suspended between two wooden chairs in ...

John Hammond: The Long Road Leads Back To L.A.

"If John Hammond put the same intensity that he puts into his guitar into something like, say, levitating, I suspect we'd all be looking up ...

BY INJECTING a dose of blues into a collection of Tom Waits tunes, John Hammond created his most satisfying and critically acclaimed album in years, ...

TOM WAITS owes it all to his wife, Kathleen Brennan. The one-time raggedy man and barfly, a sartorial amalgam of Frank Sinatra's Capitol covers, Be-Bop ...