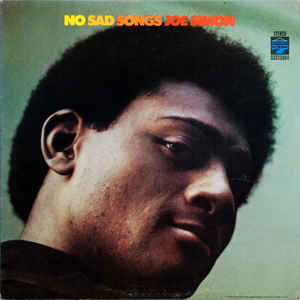 Swinging down the aisles ...

WITH JOE Simon's signature, Spring Records have gained their first real entry into the super-star league. Joe's first for the label, 'Your Time To Cry', ...

SOUL MAN Joe Simon has scored a long run of American hits — with country songs. And now his 'Step By Step' currently climbing the ...

Retrospective and Interview by Bill Millar, Let It Rock, April 1975

Producer and DJ John Richbourg has been involved with the careers of Bobby Hebb, Joe Simon and many more. ...

IN TERMS of actual record sales and box office figures, Joe Simon has only one or two peers over the past decade or so. Yet ...

Joe Simon: Get Down

LEAPING ONTO THE dance floor of American's all-pervasive disco, Simon recovered from a slump in popularity by intoning "Get down, get down" about fifty-nine times ...

I DON'T know about you, but my impression of Joe Simon has always been of a sober, conservative character. Maybe it was his clean approach ...

JOE SIMON IS one of soul’s great deepies, possessor of a richly mellow voice that puts him up there with such deep-throated greats as Jerry ...

FRED FOSTER, the founder of Monument and Sound Stage 7 Records, died on 20th February in Nashville, aged 87. Born in North Carolina in 1931 ...