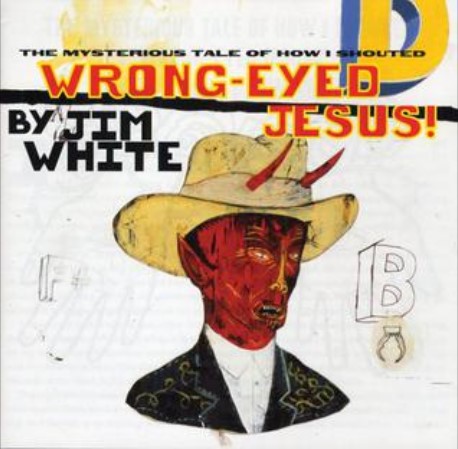 On learning guitar with a broken leg; drugs and religion; poverty and outsiderdom; art vs. commerce; the dangers of cab driving: Jim White tells all.

ON HIS EXTRAORDINARY NEW ALBUM, NO SUCH PLACE, HE HAS CONTRIVED AN ASTONISHING MIX OF SPOOKILY DEMENTED COUNTRY, SKEWED ROCK AND HIP HOP THAT CHARTS ...

Jim White: Drill A Hole In That Substrate And Tell Me What You See

Review and Interview by Rob Hughes, Uncut, May 2004

A YANKEE-BLOODED outcast in the Bible-thumping enclave of his adopted Pensacola, White has unwittingly spent his entire life foraging on the wrong side of the ...

Jim White: Drill A Hole In That Substrate And Tell Me What You See

Review and Interview by Sylvie Simmons, MOJO, May 2004

Two years on from No Such Place, the prodigal Southerner makes a third metaphysical voyage. ...

Searching For The Wrong-Eyed Jesus ****

SHOWING FOR A limited time at London's National Film Theatre prior to an airing on television this is film-maker Andrew Douglas' road trip through America's ...

Jim White: Where It Hits You