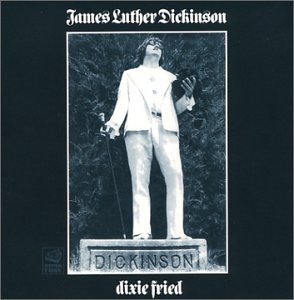 UP TO YOUR ears in sessionmen gone solo? More than fed up with Russell/Nix-type Southern boys? Bludgeoned to insensitivity by Kinney Product? Well, James Luther ...

Jim Dickinson and the New Low-Fi

Memphis: A Legendary Music City is on the Rebound

Keith Richards, U2 and R.E.M. have recorded there, but the city's future hinges on its home-grown talent ...

Backwoods, Mississippi. Home to Jim Dickinson, the revered producer and professional redneck whose work spans the story of Southern music from Sun Records to Big ...

"WE HAD poetic furor," says Memphis scenester Randall Lyon, a key figure in Robert Gordon's new book about the music of his home town. "I ...

IT WAS ABOUT half an hour past midnight on a hot and humid Sunday evening in late September when your intrepid Bucketfull team, aided and ...

THIS MAIN COURSE is a hearty southern dish, marinated in worldly wisdom and good humour, matured slowly in honky-tonks, recording studios and bars the world ...

THERE AREN'T MANY shamans still in our world. Most have been ground down to dust, and those left are laying low, hoping to dodge the ...

IF 2002's Free Beer Tomorrow – Jim Dickinson's "follow-up" to his 1971 solo debut Dixie Fried – sounded like a well-conceived showcase for his favourite ...

The little recording studio on Madison has played a big part in Memphis music history. ...

A Sun Records artist who played with Dylan, the Stones and Aretha and produced key albums by Big Star and Ry Cooder, Jim Dickinson was ...

Flies on Shit: Alex Chilton Goes Back to Memphis