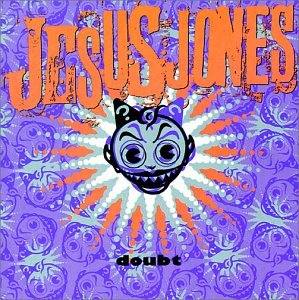 THERE IS a sound where pop meets chaos and rides its fury and when I heard it I fall in love... ...

JESUS JONES'S Liquidizer was one of the most assured debuts of recent years, an exhilarating but solid presentation of a band who, though mindful of ...

Diesel Park West/Blur/Jesus Jones: From The Soup Kitchen To The Stars

PERVERSE COULD be the sound of tomorrow today, if it wasn't so full of yesterdays. Not surprising when the sleeve of Jesus Jones's debut, Liquidizer, ...