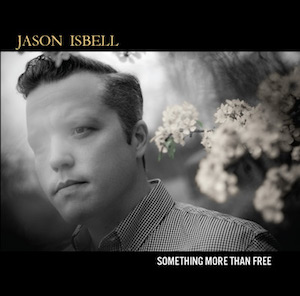 "I REMEMBER THAT PLACE being this mythical hellhole," Jason Isbell says quietly. He's not speaking of the addiction he's recently kicked, but the place of ...

JASON ISBELL'S new album Something More Than Free had to be different from his last one. Southeastern, his 2013 release, was born out of the ...

JASON ISBELL came to the Merriweather Post Pavilion Sunday evening just nine days after releasing one of the year's best albums, Something More Than Free. ...

Jason Isbell: Something More Than Free

2013's Southeastern, was, give or take the odd playful moment, a gripping description of the self-dug pit from which its composer had recently hauled himself. ...

JASON ISBELL has discovered what so many before him have learned: Life can get easier, but it never gets easy. You can sober up, rebuild ...