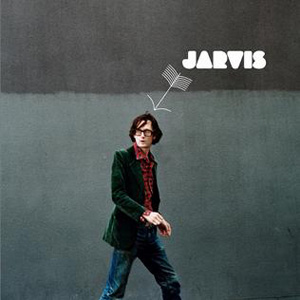 The Pulp frontman on why he started the Sheffield group; his urge from an early age to make music; why he writes the songs he writes; refusing to be a judgmental spectator; what makes Pulp different; the attractions of Jacques Brel, Scott Walker and Burt Bacharach; and truth and beauty...

Pulp: Sorted for Pipe and Slippers

At the age of seven, Jarvis Cocker realised he was not immortal. Now the Pied Piper of his generation has decided the end is nigh. ...

CAN HIPS BE witty? Jarvis Branson Cocker proved it last year as part of the stellar ensemble for Came So Far for Beauty, the Leonard ...

Jarvis Cocker: A Bit of Rough

Jarvis Cocker could tell you all about glaciers but instead this month he's choosing to celebrate one of Britain's finest independent record labels. John Lewis ...

Tilting and Drifting: The Songs of Scott Walker at the Barbican, London

IN LINE WITH his progress from '60s teen heartthrob to reclusive disciple of the avant garde, Scott Walker has long since given up performing in ...

THE IDEA OF Jarvis Cocker headlining a five-date UK tour to celebrate the 30th anniversary of his current label, the indie kings Rough Trade, made ...

Eyewitness: Jarvis Cocker invades the stage at the BRIT Awards

Retrospective and Interview by Johnny Black, Q, May 2009

Luke Turner talks to Jarvis Cocker about Albini, the male psyche, Sunn O))), living in the moment, and how it feels to be accused of ...

Moving like a spider and dispensing fruit to the audience, the one-time Pulp frontman's new songs seem some of the best of his career. ...

Jarvis Cocker: "I've lived in my head for most of my life"

Interview by Sophie Heawood, The Observer, 19 May 2019

HE'S NEVER BEEN ONE to stick to the script. Asked about his new music, the singer talked instead about raves and caves, fatbergs and fatherhood, ...