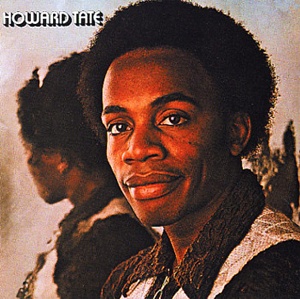 The great lost voice of soul recounts his career, from childhood gospel in Philadelphia, through his '60s hits with Jerry Ragavoy, his leaving music behind and the dark years, right up to his recent rediscovery and revival.

Howard Tate and Lou Courtney: The Blues and Dance Men

TWO ARTISTS of widely different appeal, Howard Tate and Lou Courtney both deserve inclusion in this series because although only modestly successful even in the ...

The Unearthing of Howard Tate

"They had a thing in MOJO, like, Whatever happened to Howard Tate? He’s gotta be fuckin’ dead, man!"– David Johansen, talking to Rock’s Backpages, January ...

Howard Tate: The Return Of A Soul Music Master

"Last I heard about him he was in New York, and Jerry Ragovoy used to produce him. He made all these demos with the guy ...

NOTE: I was surprised and very saddened to learn that the great soul singer Howard Tate had died 12.2.11 at age 72, reportedly from complications ...

HOWARD TATE is sitting opposite me sipping black coffee in the bar of a West End Hotel and I can hardly believe it. Until recently ...

TOO OFTEN we're reminded that soul – the fundament of black gospel and blues—is fast slipping away from us.  Losing Wilson Pickett and Lou Rawls in ...