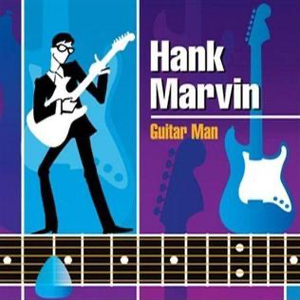 ROLLING STONES: 'Honky Tonk Women'/'You Can't Always Get What You Want' (Decca). An important single for the Stones, but a disappointment for us . ...

ON THE POPULARITY polls, instrumentalists come and go. Jet Harris, one-time bass player with the Shadows, used to win – especially when he broke away ...

TO DEMONSTRATE to any potential unbelievers the importance of Hank B. Marvin, we must go back to 1977, when a TV commercial was screened showing ...

Hank Marvin: The King Of Twang

Raise your glasses to Hank B. Marvin: more than mere rhyming slang. ...

Four-Eyes, One Vision: The Shadows

BRIAN RANKIN GREW UP IN NEWCASTLE: WHEN he was 16, in 1957, he travelled to London with his school friend Bruce Welch "in an attempt ...