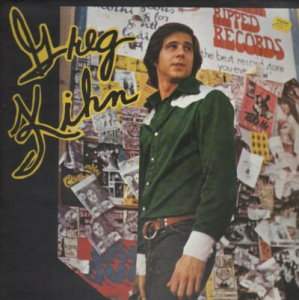 SOME PLACES become legendary. Mystical meccas for the besotted. That is usually until you sample them first hand. ...

JOHNNY RAMONE recently pointed out that, if they had come out now instead of the mid-60’s, 'You Really Got Me' and 'Doo Wah Diddy' wouldn’t ...

GREG KIHN again? Does that mean I missed the first one? Suppose it does. Oh, well. So it goes. ...

BY WAY of introduction, says Greg Kihn, short, smiling, bopping, "We're from Berkeley; that means we don't give a shit about nothing". ...

JUST SO that we understand each other, it might be simpler to detail a few of the things which Greg Kihn (pronounced 'kin', simple as ...

"BLONDIE IS a group!" is the band's battle cry, raised against the public's tendency to focus strictly on vocalist/sex symbol Deborah Harry and to overlook ...

EVEN IF YOU'VE never heard Greg Kihn's music, you probably know who he is – he's the character who comes up with dumb puns on ...