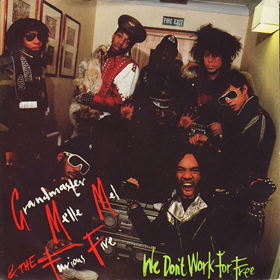 Club New York Takes It On The Hip-Hop ...

ALTHOUGH IT'S doubtful Nancy Reagan listens to either rap or reggae records (or anything more soulful than Ray Anthony, for that matter), she ought to ...

THE MOST simple consideration of live performance throws up two basic types; those shows that define musical experience, are the quintessential medium for the music ...

They're from New York. They're the most famous rapping crew in the world. Their single 'White Lines (Don't Don't Do It)' has been in the ...

"WHEN YOU leave the ghetto, you gotta figure a way of walking out in style", drawled the lean Grandmaster of New York rap, Melle Mel. ...