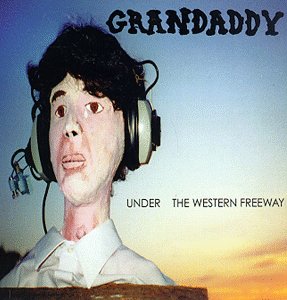 A LESSON in not listening to The Man, who would have you believe that bands like Grandaddy, stretching their thrift-store synths way beyond their limits ...

"SHOULD NEVER have left the crystal lake/For parties full of folks who flake." There’s something irresistible about gnarly American guys going back to the land, ...

EMERGING from the California hinterlands four years ago, Grandaddy embody a diversion from prevailing trends in America's so-called alternative rock community. Not for songwriter Jason ...

IN JASON LYTLE’S WORLD – one that should be readily recognisable to the rest of us in this troubling decade – things are breaking down, ...

Report and Interview by David Quantick, The Word, July 2003

Born in a place anyone would be desperate to leave, Grandaddy decided to stay, and earn their wit and wisdom the hard way. Now their ...

Profile and Interview by Laura Barton, The Guardian, 19 May 2006

The critics loved them. Their peers loved them. But Grandaddy never made the jump to stardom their contemporaries the Flaming Lips managed. Now the band's ...

Grandaddy, from beyond the grave: Jason Lytle talks

PERHAPS WE should have seen it coming: the official "it's over" announcement was a way off yet, but Grandaddy's penultimate release (excluding singles), Excerpts From ...