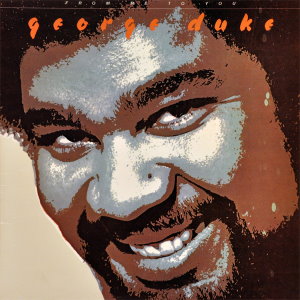 George Duke: From Me To You

AFTER MORE than six years and eight albums with Frank Zappa (which must be something of a record), after five solo albums for the small ...

George Duke Reaches for the Sky

HAVING TAKEN root in the early Seventies, flourished brightly for a few years and then appeared to wither into a state of atrophy, jazz-rock did ...

Mtume, Duke et al: Class Of '74 Pops Into The Mainstream

LOOK AT WHAT 10 years can do to jazz mavericks. A decade ago, George Duke, James Mtume, Reggie Lucas, Ndugu Chancler and Stanley Clarke were ...

"THERE WERE times last year when I would walk in here and say, 'Look at this,'" muses George Duke, surveying the now calm control room ...