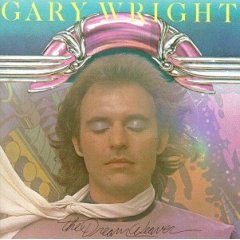 ALTHOUGH BOTH these A&M albums appear to be "solo" outings it should be realised as soon as possible that neither of them are solitary landscapes. ...

AFTER EIGHT albums with only minor format variations, Procol Harum seemed to be a predictable institution that may have outlived its usefulness. ...

AFTER TEN years of trial and error – with eight of them spent in England drifting in and out of Spooky Tooth – Gary Wright ...

PHILADELPHIA: As rocket shells burst overhead and mortars roared only feet away, a lone Englishman with a dapper moustache smiled with delight as he stood ...

Yes: The Biggest Gig In The Entire History Of The World

Rock genius...or just another biodegradable pretty boy? C. SALEWICZ sinks his nashers in P. FRAMPTON's persona and finds it... ALL SMILE AND NO TEETH! ...

Dream Weaver Gary Wright Was Best Friends With a Beatle

THERE AREN'T many more concrete instances of one singer being so clearly connected to one song in the classic rock canon than Gary Wright with ...