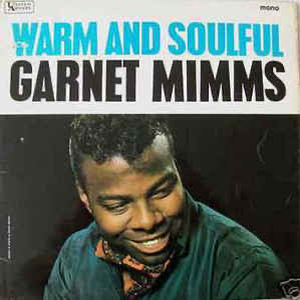 MANY ENTHUSIASTS feel that Garnet Mimms is the best of the current crop of soul-ballad vocalists and if we pretend that "soul" is an idiom ...

Live Review by Penny Valentine, Disc and Music Echo, 13 May 1967

Hendrix turns on the heat ...

I ALWAYS get the impression that the American Soul Singers visiting this country are graduates of the 'National Soul Factory of America'. Garnet Mimms at ...

Garnet Mimms: In Search Of A Record Outlet

SOME FOUR years ago, Garnet Mimms was just about the hottest R&B entertainer in the States. Then his contract with United Artists Records expired and ...

JIMMY HELMS has a fair rendering of 'I'll Take Good Care Of You' competing in the chart stakes right now, but soul freaks who can ...

Garnet Mimms, already assured of a place in Soul's Hall of Fame, is back in business after a two-year lay-off spent cooling out and reflecting ...

Roger St Pierre tracks some of the legendary names from R&B history. ...