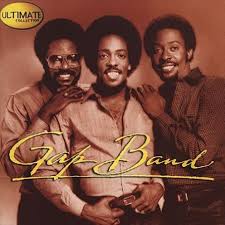 SO I PICKED through the albums lying in Master Barton's dusty drawer and there, amongst the dross, was a name I recognised. The Gap Band. ...

WITH ITS synthesized percussion explosions, syncopated handclaps and ominous melody, 'Early in the Morning', the Gap Band's recent hit single, is the sonic equivalent of ...

Intrepid fans shuffle past a regiment of niggly security men and into the Hammersmith Odeon. On stage a whole troupe of compères bounce on and ...

The Gap Band: Rap With The Gap

ROBIN KATZ GETS THE TOTAL EXPERIENCE OF THE GAP BAND ...

Sex, Drugs and the Devil: The Gap Band Fights for Success

HOLLYWOOD — The bodyguard was not smiling. "Could you wait out here until Mr. Simmons has completed his call?" he asked, gesturing to the hallway ...

LEON RUSSELL took the three Wilson brothers out of Tulsa, Oklahoma, and L.A. entrepreneur Lonnie Simmons made them funk stars as the Gap Band. Beginning ...

THE GAP BAND have been doing it since the year dot. Paul Mathur seeks the secret of eternal success ...

THE GAP BAND'S music-by-numerals approach to the dancefloor has brought them steady success in Britain, most recently with the single 'Big Fun'. SIMON WITTER probes ...