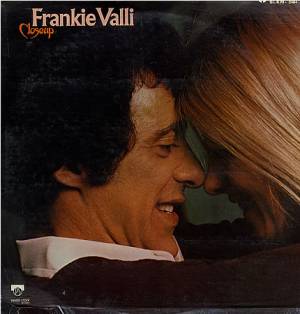 LONGEVITY IN the entertainment world is a fleeting dream for most performers. A handful out of all the acts brought forth are able to sustain ...

"... He turned on his record player, dressed up in his sharpest clothes, and practiced dancing as if as long as Kookie Byrnes or Cousin ...

Frankie Valli and the Four Lovers

IF ‘CHICAGO AIN'T Nothin' But A Blues Band’, then Newark ain't nothin' but an Italian quartet. It's a safe bet that the northern New Jersey ...

THERE IS SUCH a thing in rock music as "the chill factor.'' Itrefers to songs that, because of some unusual element - a cryingguitar, perhaps, ...

A FAILED AUDITION for a gig as a lounge singer at a low-rent bowling alley in Union, New Jersey, might be the sort of experience ...

Frankie Valli: Back in the High Life Again

Retrospective and Interview by David Burke, Vintage Rock, May 2017

IF IT WASN'T for music, Frankie Valli might have ended up in a life of crime – just like Rusty Millio, the character he played ...