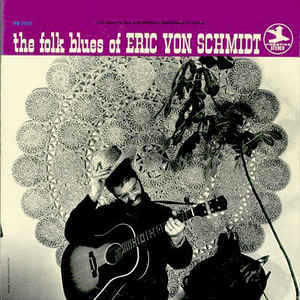 The venerable folkie looks back to the Yale folk scene, and first meeting Dylan; discusses who actually wrote 'Baby Let Me Follow You Down' — the Rev. Gary Davis? Blind Boy Fuller? Von Schmidt? — and Dylan's magpie tendencies; he also recounts meeting Dylan in London in 1963 with Richard Fariña, and drinking gin and smoking pot.

IT WAS IN "the green pastures of Harvard University", according to the genial introduction on his debut album, that Bob Dylan cribbed the chord-structure of ...