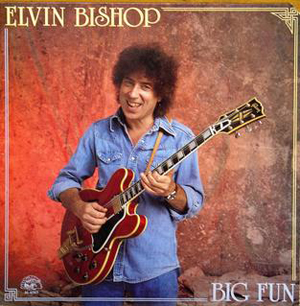 2009 note: CREEM flew me up to New Orleans to write a story on Elvin Bishop. Rejected this. Editor told me: "You didn't say why ...

ELVIN BISHOP'S place in the scheme of post-Beatles US Rock has been pretty much undervalued over the years. This is probably owing to his uncanny ...

YES INDEED I do believe we've got ourselves a good one here. Elvin Bishop has resisted the slightly formulaic limpness of Struttin' My Stuff ...

IT TOOK ELVIN Bishop years to hit his groove, years in which he played every role from overbearing ham to dependable sideman to journeyman pro ...

An Interview with Elvin Bishop

HOW DO YOU write a blues song? Elvin Bishop, a founding member of the Paul Butterfield Blues Band before launching a successful solo career, is ...