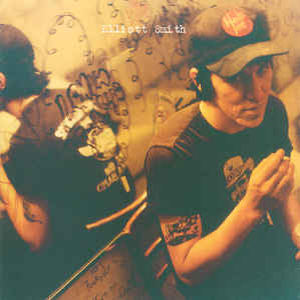 THE FIRST thing you'll hear is a slight whisper, a lone voice sighing with warm-hearted devotion. Then a few similarly sensitive souls will chip in, ...

I'D BEEN TO SEE Elliott Smith's first UK show a week earlier, can't recall where, but it was clearly enough to get me back a ...

CATEGORIES and pigeonholes and genres. They sure make our job easier. Everyone fits neatly in somewhere. Elliott Smith isn't too sure. ...

IS THIS a fairy tale or a corporate rock nightmare? Taciturn 28-year-old indie songster is taken up by maverick movie director and wakes to find ...

PORTLAND, OREGON singer/songwriter Elliott Smith is the man responsible for this year's most vital album release, the mesmerising Either/Or. Imagine a more focused Sebadoh or ...

WE'RE A sad bunch of buggers, us lovers of soothing, emotional country rock. ...

BH: From Kill Rock Stars to DreamWorks – it sounds like some kind of fairy tale. Does it feel like one? ...

ELLIOTT SMITH recovers nicely. Just one hour ago he was sitting in a tiny backstage room, enjoying a postshow libation and breathing in a blue ...

ELLIOTT SMITH is a philosopher, a jocular barroom buddy, but he's also a loner, the Bukowski-esque malcontent with a great American sadness etched into his ...

On the road in the US, we find the unassuming ELLIOTT SMITH still likes a drink, has put drugs behind him, but can't manage a ...

AT FIRST, THE hushed, respectful, masses can't believe their eyes. They've come to sit and worship at the feet of the man who redefined sensitive, ...

FOR A MUSIC whore like myself, even a good album can be a little like a one-night stand. There's that lovely moment of courting, checking ...

ELLIOTT SMITH indulges in a poor man's speedball – coffee and a camel light – while an engineer loads a tape containing rough mixes from ...

Elliott Smith: Bottle Up And Explode

Elliott Smith never managed to get past Step One of any 12-step recovery programme, yet he made quixotic music that lifted the lonely and the ...

Elliott Smith: You've Got To Hide Your Love Away

WHEN ELLIOTT SMITH played Los Angeles in the fall of 2002, after more than a year of semi-seclusion, he didn't look so good. His hands ...

Elliott Smith: From A Basement On The Hill (Domino)

The posthumous album from the quiet American idol, written From A Basement On The Hill ...

Elliott Smith: From a Basement on the Hill (Domino)

WHEN ELLIOTT SMITH died last year, he left behind a large number of tracks from which he was assembling the follow-up to 2000's Figure 8. ...

A YEAR AGO I was sitting in the Los Angeles living room of Mr. Roger Steffens, curator of a huge Bob Marley archive that was ...

First three from masterful songwriter who committed suicide in 2003. ...

IT'S A TESTAMENT to the immense songwriting genius of Elliott Smith that even his decade old cast-offs are worth hearing. It's also a massive relief. ...

ONE DAY in the late 1990s, not long after his sublime performance of 'Miss Misery' in between the bombast of Celine Dion and bravado of ...

Elliott Smith et al: It's All Too Beautiful

Pale eulogies on fan sites are giving even obscure dead musicians a career in the afterlife. But does the net build an idealised version of ...

Ever been curious about what's pumping on Gaz Coombes' stereo? RC's Jamie Atkins was, so he headed to Oxfordshire to find out. ...