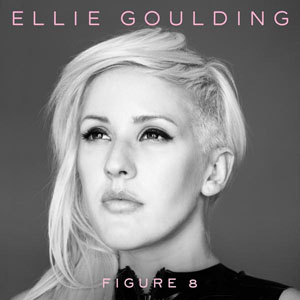 THIS CURRENTLY UNSIGNED Welsh lass is a cross between a singer-songwriter and a synth-pop starlet. Is she another Kate Nash? A kooky British Lykke Li? ...

WHO IS SHE? The 21-year-old future of pop, if you believe the hype. Born in Hereford and brought up in rural Wales, she now makes ...

Profile and Interview by Laura Barton, The Guardian, 12 December 2009

"I KNOW THESE cups look dirty," says Ellie Goulding, frowning at the two floral mugs she carries across the room, "but really they're not. It's just ...

AS THE LATEST WINNER of both the Brits Critics Choice Award and the BBC Sound Of 2010 poll, singer-songwriter Ellie Goulding is following in the ...

THAT ELLIE Goulding topped the BBC's Sound of 2010 poll and won the Critics' award at the Brits counts for precisely nothing as of now. ...

ELLIE GOULDING tripped into the public consciousness two weeks ago, as she stood knock-kneed and tongue-tied between Fearne Cotton, Geri Halliwell and Courtney Love at ...

New star Ellie Goulding has her name up in lights

THIS YEAR, Ellie Goulding has already been anointed with the Critics' Choice Award at the Brits and, in just three weeks of release, her polished ...

ELLIE GOULDING emerged in 2010 with a one-two punch: first, her (still-rising) helium-voiced hit 'Lights', then, an elegant read of Elton John's 'Your Song' that ...

ELLIE GOULDING has been letting it be known that this follow-up to her three-million-selling debut album, Lights, is a far darker and more troubled record, ...