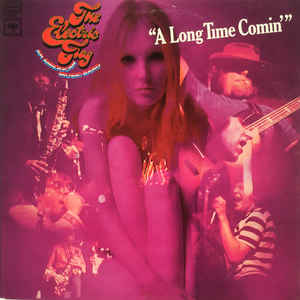 DETROIT IS turning into ROCK CITY before our eyes, and we love it! All over the country groups are being "discovered, " and cities like ...

16 Hours of Rock in Dismal Surroundings

Report by Philip Elwood, The San Francisco Examiner, 20 May 1968

SIXTEEN HOURS of the same thing gets to be an enervating experience even if one is a super-rock fan and many of the nation's outstanding ...

Lots of Room at Fillmore West ...

SAN FRANCISCO — In the heady first days of the "San Francisco Sound," someone dubbed the city the "Liverpool of the USA." The title, though ...

Intimations of the Electric Flag

SAN FRANCISCO: The Electric Flag is back – sometimes. The rest of the time, they go by the name "Mike Bloomfield and Friends". ...