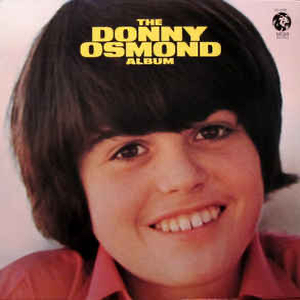 The now-veteran Mormon popster remembers his days touring the UK in the '70s, being pursued by screaming girls; on being a father and grandfather; his new album Love Songs of the '70s; narrowly surviving his surfing accident; being a poster boy for clean living; nearly losing everything in 1980; on his religion, and staying fit.

"We finally decided to go with me as a solo. There's no jealousy in the family about the decision. If I sing a solo record, ...

In the busy world of Donny Osmond

"YOU'RE GOING to phone Donny Osmond?" A couple of my jazzfan friends stared in disbelief. It was as if I had announced that Duke Ellington ...

Profile and Interview by Tim Cooper, The Observer, 25 March 2001

He was on stage by five, on tour by eight and receiving 50,000 fan letters a week by 13. But behind his success lay loneliness, ...