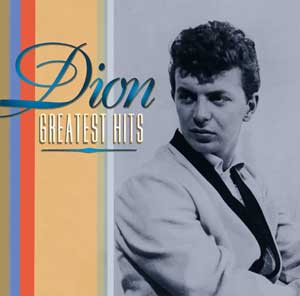 New York great Dion DiMucci talks about the golden years, the sound of NYC, and addiction and recovery.

Dion And Buzz Have a Swinging Day in Britain

Best Records of 1967: The Fifth Dimension, Dion & The Belmonts, The Byrds

UNLIKE DAVID Griffiths, I have no really clear-cut LP choices of last year. I've narrowed the field down to three records which I've written about ...

Dion: Today I Think I Got A Chance

NORTH MIAMI – After a six year battle with drugs, singer Dion DiMucchi has his pointed Italian shoes firmly planted on the comeback trail. His ...

Both sides of the great Elvis Presley, orchestral pop from the Brothers Ryan ...

YEARS AGO, Mad ran a feature on "What Kind of Parents Will Today's Teenagers Make?" It depicted a pair of graying, pot-bellied rockers in leathers, ...

Report and Interview by Harvey Kubernik, Melody Maker, 31 May 1975

THE OCCASION is Professor Phil Spector's guest lecture at the Sherwood Oaks Experimental College record-producing seminar. Last time Phil talked at the school was in ...

Flourishing a revolver our weird hero enters his dark, refrigerated room to recount strange tales the likes of which may never before have been heard ...

MIAMI, FLA. – "Frankie Valii turned my head around. I was in Westbury (Conn.), where he was playing, and he said, 'Watch, this.' He introduced ...

Dion: Born To Be With You, Greatest Hits and Streetheart

THE THREE most recent albums to come on to the British market, and as a measure of my own commitment to the artist, the 16th, ...

Dion: The King of the Noo Yawk Streets Comes Home

WHEN DION DiMucci made his major comeback at New York's Radio City Music Hall two years ago, he was joined onstage by an all-star quartet ...

"Rock 'n' roll started as rebellious music. It had an attitude, and in that attitude was a lot of stuff: anger, frustration, joy, and that ...

"I've got my J-200 there with me. That's the big Gibson, like the kind the Everly Brothers had custom-made for them. So beautiful. The case ...

One of the few good things left in the current morass of ‘oldies’ radio is the element of surprise. In a world where the same ...

Dion: A Masterpiece? Was It?

IMAGINE IF YOU made the best record of your career, in collaboration with one of your heroes, and it was released only abroad, leaving such ...

Dion: The Wanderer Walks with the Blues

IT'S A SHAME that, these days, a singer this good needs a qualifier. Until the arrival of Celine, there was only one Dion — Dion ...

Dion: "I saw the devil himself"

He's been a doo-wop legend, a heroin addict, a protest singer and a Phil Spector protege: now Dion's a Grammy-nominated bluesman. Andrew Purcell met him ...

Dion: The Bard Of Bronx County

Profile and Interview by Graeme Thomson, The Word, April 2012

HOW DID THEY miss Dion DiMucci when they were casting for The Sopranos? Even at 72 and now resident in Florida, doo-wop's Bronx apostle still ...

Dion: The Wanderer Pens a New Love Letter to the Big Apple

THE FIRST ALBUM I ever bought with my own money was Presenting Dion and the Belmonts (Laurie LLP 1002). In faded red ink from a ...