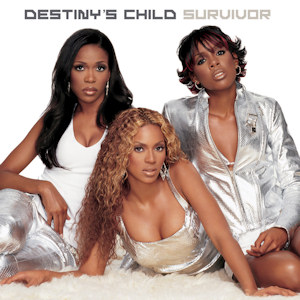 This Houston teen foursome are produced by Timbaland for Missy Misdemeanour's label but it's not going to their heads. ...

Destiny's Child: The Writing's On The Wall (Columbia) ***

Destiny’s Child: Invasion Of The Booty-Snatchers

What’s "up" with Destiny’s Child, R&B’s only three-piece quartet? Members keep getting whacked and replaced by ringers, but millions of fans – many of them ...

THE SASSIEST girl group in the world are slumped on a sofa lamenting the "awfulness" of how they look. Destiny's Child – Beyoncé Knowles, Kelly ...

Review by Simon Warner, PopMatters, May 2001

POP HISTORY IS as slippery as a Tom Parker, as mysterious as a Brian Epstein, as mercurial as a Malcolm McLaren. Like its great managerial ...

FOR THE "INDEPENDENT WOMEN" of one of their biggest hits, Destiny's Child have a tendency to do what they are told. The middleclass work ethic ...

Profile and Interview by Angus Batey, Guardian, The, 15 June 2007

Kelly Rowland reassures Angus Batey that, despite the all the conspiracy theories, she has not had a phantom baby, her new album isn't bitter about ...