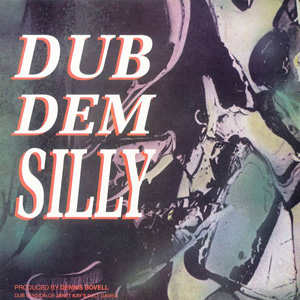 Dennis Matumbi in dub: a step by step guide.

Reggae from Home and Abroad

"DUB," SAID Dennis Bovell, dubmaster, "you just — do it. Spontaneous. That's the effect I wanted to create onstage." ...

THE FINAL, apocalyptic scenes of Franco Rosso's excellent Babylon are based on a 1976 police raid on Cricklewood's Carib Club during a sound system session ...

DUB AT THE BLACKBOARD ...

FOR A MAN who is both producer, writer, performer and engineer, Dennis Bovell's career progresses at a frustrating and slow pace. As producer he seems ...

BACK IN THE STUDIO WITH DENNIS BOVELL AND THE DUB BAND, BLACKBEARD IS HUNGRY TO PLAY, PAUL BRADSHAW READY TO LISTEN ...

They are "the glue" that cements the music, the mysterious put-upon souls plying their crucial trade in a cloud of dry ice by the drum-riser. ...