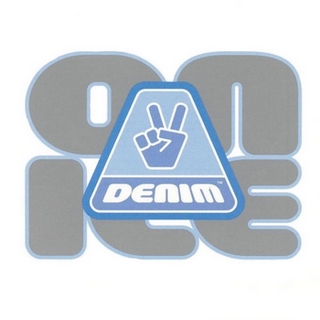 "I KNOW THAT this is the right time for Denim — I've spent a year plotting. It has to happen now." ...

Lawrence (no surname) spent the Eighties in "art underground" band, Felt. Now he's back in DENIM, with a record crammed full of Seventies pop hooks ...

Lawrence, the man with a bizarre fabric fetish, is back, and he's railing against the kind of fantastically trivial stuff no one else has given ...

Imagine Pulp, doomed to make obscure concept LPs about Seventies glam rock for all eternity. That's DENIM. Funnily enough, Denim are on the road with ...

Lawrence should be a huge star, he has such great ideas. Trouble is, he has them at the wrong time ...

THE RELATIONSHIP of Denim's Lawrence to the music industry was sado-masochistic from the start. In the Eighties, he put out an album a year with ...

Denim: Back in a Dream/Denim on Ice

ENDING A LOW-KEY decade of Felt that produced a sizable catalogue of atmospheric pop in stylistic tribute to Tom Verlaine, Lou Reed and Bob Dylan, ...

Felt/Denim: There Can Be Only One Lawrence — Meticulous Genius, Confounded.

IN 1986, WHEN Felt signed to Creation Records, stories quickly circulated about the oddness of the band's leader. ...

Indie-pop outsider extraordinaire Lawrence — the Felt/Denim/Go-Kart-Mozart frontman who turned 51 last month — talks to Jude Rogers about sounding like Nicki Minaj and his ...