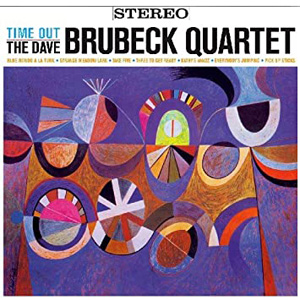 Mr. Brubeck on his family background and first listening to jazz; on playing, writing and arranging; on jazz's place in American culture and history; and on time signatures, Paul Desmond and Joe Morello, and that tune ('Take Five').

Brubeck is on a waltz kick now ...

HAS DAVE Brubeck, who arrived in Britain for a concert tour last Friday, created a precedent with 'Take Five' that will lead to a more ...

IT WAS a new Dave Brubeck on tour in Britain this time. ...

Teo Macero: 'It May Be What Jazz Needs, The Psychedelic Touch'

TEO MACERO, American Columbia A&R man, arranger, and composer of experimental music, is becoming a regular visitor to Britain. Last week he was with us ...

DAVE BRUBECK looked the part. The face that stared out from a Time magazine cover 30-odd years ago had the sober, shaven outline of a ...