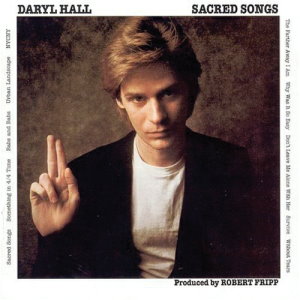 The blonde half of Hall & Oates on his Soul Alone album; the influence of Philly soul, and Thom Bell in particular; writing songs with John Oates; his Sacred Songs album with Robert Fripp, and on such songs as 'Everytime You Go Away' and 'She's Gone'.

Hall & Oates: Beauty On A Back Street

THE ACCEPTABLE face of disco music? ...

This is a transcription of Ian's audio interview with Fripp. Hear it on the site here. ...

A COUPLE OF issues back, Eleganza admitted that it was at a loss for what to tell you to do with your hair. Wear it ...

Daryl Hall: I Gotta Be Me!

The blonde half of Hall & Oates, Daryl Hall, is fast becoming quite the English gent, he tells Adam Sweeting .  ...