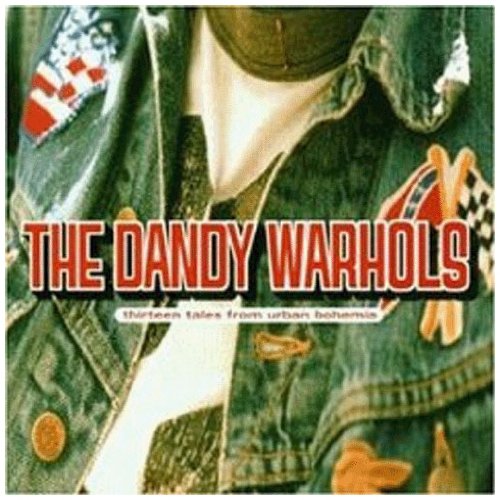 "I THOUGHT PEOPLE only came to places like this to get laid." Dandy Warhols frontman Courtney Taylor inspects one of Seattle's finest niteries, winces ...

IT MAY NOT BE entirely inappropriate that The Dandy Warhols (yes, dreadful name, I blame the parents) are performing tonight at the very venue where ...

IT'S A SILLY NAME, of course, one guaranteed to discourage people from taking them seriously. And maybe seriousness isn't the issue anyway. ...

Lounging Out With the Dandy Warhols

With a new video and press hype, pressure is building to live up to expectations. But the Dandy Warhols prefer to find success by the ...

A Toast To The Wasted: The Dandy Warhols: The Cockpit, Leeds

AS IGGY POP would testify, you can always rely on the British public to take a drug-frazzled American wacko to their hearts. ...

IF IT WAS NO Utopia Parkway, Maroon was sufficiently quirky and humorous to hold the attention. There were crunchy hooks and pining sad-boy harmonies aplenty, ...

ANTON NEWCOMBE of the Brian Jonestown Massacre doesn't receive the most ringing endorsements from his friends. "He's more than just a jerk," says his record ...

Once upon a time the Dandy Warhols lived a spartan existence, struggling from gig to distant gig. Then someone made an unflattering documentary about them. ...

The ongoing rivalry between two woozy West Coast bands is mystifying — particularly when one is peddling pure pastiche. ...