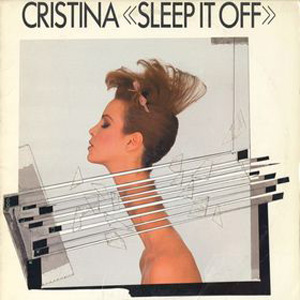 TAKE ONE graduate from a snooty Ivy League College, holding a degree in, say, Abstract Philosophy. Add a dash of new journalism, a patently fake ...

THE RICH ARE different from you and me, my friends. While we content ourselves with free promos and an occasional "plus-one" at a local bistro, ...

Cristina: a Queen for Today?

New York record label ZE is the product of a remarkable partnership between August Darnell and Michael Zilkha. Peter Silverton profiles the Z of ZE... ...

Profile and Interview by Mary Harron, The Guardian, 4 July 1981

Cristina: Sleep It Off (Ze)

THE RICH ARE different than you and me, but TV shows like Dallas and Dynasty prove that wealth doesn't necessarily equal happiness. Even debutantes get ...

Profile and Interview by Paul Rambali, The Face, July 1984

How can one so rich, talented and beautiful be so weary of life? ...

CRISTINA may live in luxury, but she's no pampered butterfly, as Helen FitzGerald finds out ...

From Elvis to Shakey, from Cliff Richard to Mark E. Smith, every pop star worth their salt has sung a song of Santa at some ...

Cristina's 'Is That All There Is?'