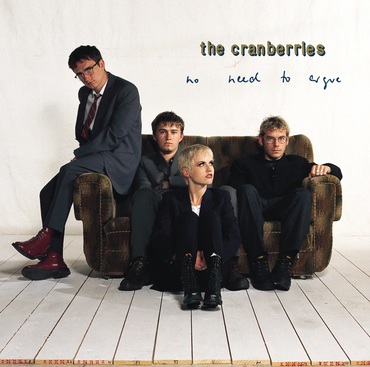 ONE DAY, quite soon maybe, you'll get to hear the whole story. Part of it will be about how one sophisticated London gent took it ...

The Cranberries: The Underworld, London

The Cranberries: Eire To The Crown

After months of anticipation, the Cranberries are finally releasing their debut single. Everett True travelled to Limerick to find out more about the much-heralded Irish ...

AS LIMERICK pop quartet the Cranberries might warn London pop quartet Elastica, beware the tag Next Big Thing. The Irish band basked in that title ...

Why, why, why, Dolores? The Cranberries: Shepherd's Bush Empire, London

Sure, Cranberries lead singer Dolores O'Riordan has a great voice — but that's no reason to marginalise the rest of the band, says Caroline Sullivan ...

The Cranberries: Is Dolores Do-lally?

Therapy… I only write for myself. To get my emotions out. It's self-theraputic. (Independent on Sunday, 16 January 1994) ...

BANDS GIVE ALL sorts of reasons for reuniting, but the Cranberries' must be the most novel: in 2009, after five years apart, they decided to have ...

"She was on a roll": The Cranberries on the last days of Dolores O'Riordan

THE LAST TIME the Cranberries guitarist Noel Hogan saw Dolores O'Riordan was in the Limerick hotel where we are now standing, in November 2017. He ...