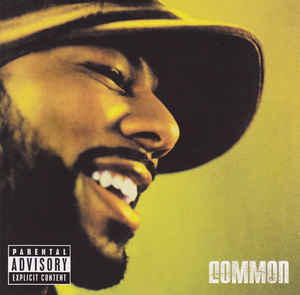 OLD FEUDS die hard. While Common takes great pains to point out his argument with Ice Cube has been settled, it's still with some relish ...

IT WEREN'T ALWAYS multiple Wu-pseudonyms and verbose flights of mystical lyrical fantasy down hip-hop's way. Back in the day, rappers wove their rhymes from the ...

HEADY ON A diet of wigga-impressing gangsta-rap and wall-to-wall Eminem, some critics have a tendency to write off Chicago's master of the 'conscious' rhyme as ...

IN THE LATE 1960S, civil rights struggles, and demonstrations against the Vietnam war in America, gave birth to heavy psychedelia and searing soul music. 2002 ...

Against The Grain: Common

IN WHICH COMMON GOES MAD. Not sure exactly what happened in the time since 2000's excellent Like Water For Chocolate, but it appears to have had ...

SONY STUDIOS, New York, March 25. With aromatherapy candles lit and a soul-food spread in the back. Common plays his latest album for a bunch ...

APART FROM HIS recent shift into movies, Common seems to be approaching his hip-hop career in a perversely roundabout manner. ...

In the wake of the wide-ranging To Pimp a Butterfly, Michael A. Gonzales looks back to Common's most ambitious full-length. ...

Review by Michael A. Gonzales, The Wire, January 2017

HARKING BACK to the late 1960s/early 70s protest pop when The Last Poets and Gil Scott-Heron led the rhythmic revolution with powerful poetics soaked in ...