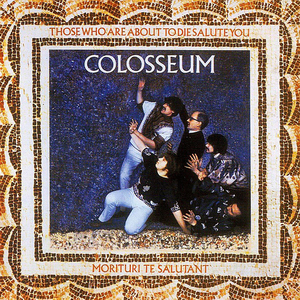 CHRIS FARLOWE and Colosseum – the mind boggles! One of the country's most powerful vocal talents has joined the most explosive force in groups to ...

Colosseum: The Secret Of Their Success – Good Music

COLOSSEUM are now rated as one of Britain's and Europe's most popular and creative bands. In two years of furious activity and hard work, the ...

DRUMS HAVE BEEN rumbling down in darkest South London, underneath the railway arches. Drums and guitars competing with the rumble of trains overhead, and grim ...

SOME come, others go, but the name lives on for ever...10cc set no precedent by splitting in half last week, but the decision by Graham ...

Although he paid a lot of dues — with Korner, Bond, Mayall, Colosseum and a handful of Rolling Stones — veteran R 'n' B tenorman ...

Retrospective by Chris Welch, The History of Rock, 1982

A SWIRLING barrage of ideas flecked with passion epitomizes the style of one of rock’s finest drummers — the highly-respected Jon Hiseman. Rock music has ...