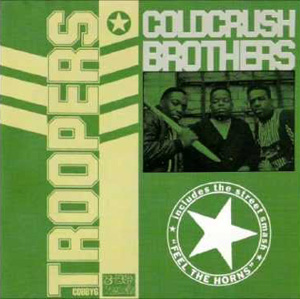 From discovering the breaks to the most enthralling stage act in hip hop's first decade, Cold Crush Brothers' Charlie Chase — a rare Hispanic DJ — takes us back to the park jams and the PALs, and the DJs like Bam, Flash and Theodore.

AS HIP-HOP, the rapping and scratching music of the break dancers, bounces out of the urban subculture and into the mainstream, it's reasonable enough to ...

SQUASHED OFF in the opposite direction are the Brothers. While hip hop in general is surfing on a newfound musical sophistication, with crews like The ...