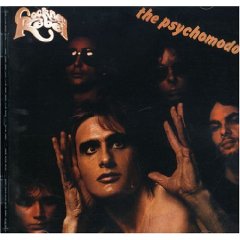 JUDGING FROM the mass of press coverage that Cockney Rebel are currently grabbing for themselves, it would appear that their verbose frontman Steve Harley is ...

"OH LORD please don't let me be misunderstood" was the classic line Eric Burdon sang with the Animals. It could almost have been written for ...

ONE THING you gotta admit about Steve Harley, and that is that he does the funniest interviews since Marc Bolan. He even opens up Cocky ...

THE IKE AND Tina Turner revue is the most constant reminder of what a debt we owe to Phil Spector. Had Specter not produced Tina ...

STEVE HARLEY just sits there a-glowering, looking, if one can, defiantly mellow. The suggestion that the arrogant ol' sour puss has softened up a bit ...

WITH A LOT more guts than sense, Steve Harley dissolved Cockney Rebel in late July, causing their second album, The Psychomodo, to fall like a ...

COCKNEY REBEL is a figment of Steve Harley's semi-sane mind. ...

Ever since the first rumblings came across the Atlantic about Cockney Rebel, they've generated quite a bit of curiosity and debate among American Anglophiles who ...

"45 MINUTES of something light and bouncy," Steve Harley promises the audience at the Beacon Theatre one brisk Friday night. Cockney Rebel launch into 'Mr ...

Steve Harley: How I Survived, by the Cocaine Rebel

ONCE STEVE Harley had it all. Every song he wrote was a hit, every friend he made was famous and every lover was a fashion ...