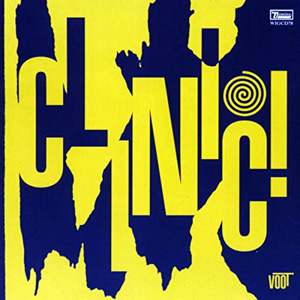 THE SGT. PEPPER outfits are one thing – like the Beatles, Clinic hail from Liverpool – but the surgical masks are something else again. (According ...

CLINIC TELL US WHY THEIR RUMBLING, AVANT-GARDE INDIE CONTRIBUTION TO THE NEW LEVI'S AD IS NOT SELLING OUT... ...

1997’S FRACTURED, fundamentally bogus Vanishing Point laid the ground for the much more focused Xtrmntor, Bobby Gillespie’s first true manifesto of an album since the ...

Clinic: What's Behind Those Surgical Masks?

Music for a Divine Moment: The Best Music of 2001

IN THESE DAYS of crusades, jihads, and God-Bless-This-Lands, I've been wondering why so much music writing is riddled with religious imagery. ...

THERE'S a special sense of occasion that only a face-to-face meeting with a band who wear surgical masks on stage can generate. Surely Clinic's cheeks ...

IT CERTAINLY FEELS as if things are starting to shift, right? Britney Spears launches an (ahem) acting career, Ryan Adams making a (relative) splash at ...

Clinic: The Only British Band Which Matters

IN 39 MINUTES, the world is going to end. We are all waiting for that end to begin. There's a sickness in the air, like ...

CALL IT WHAT you will—consistency versus predictability, innovation versus identity abandonment: whatever the name, this is the most serious quandary that bands face as they ...