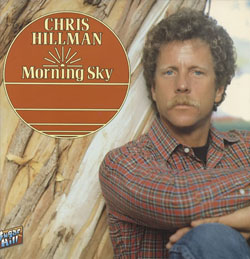 Chris Hillman: The Byrd who found his wings and began to fly

Chris Hillman looks back on the Byrds and talks about his 'Brothers' ...

WHAT THESE three soft rock American releases have in common is the Byrds. That's the connection plain and simple. Staunch Byrd-man Roger McGuinn returns from ...

ROCK IS no longer the dirty word it once was in Nashville. But after LA's Desert Rose Band placed four singles on the country charts ...

This Byrd Has Flown: Chris Hillman comes to the Coach House

ROCK & ROLL HALL of Famer Chris Hillman has played in bands with religious proselytizers, trust-fund dopers and even a matricidal drummer who heard voices ...

OFTEN OVERSHADOWED by flashier, more volatile, or more tragic bandmates, singer and multi-instrumentalist Chris Hillman's cred as a pioneer of country-rock is nonetheless impeccable. As ...

Producer and manager behind the Byrds ...

The Byrds' Sweetheart Of The Rodeo at 50

MARKING THE 50th anniversary of the groundbreaking Sweetheart of the Rodeo, Byrds co-founders Roger McGuinn and Chris Hillman have been performing the album in its ...